So December 7th, 2019 was a huge getting-off-stress and let's-get-lively time for many Nigerians with the presence and performance of Cardi B live at the Livespot X Festival show.

Cardi B And The Nigerian Experience 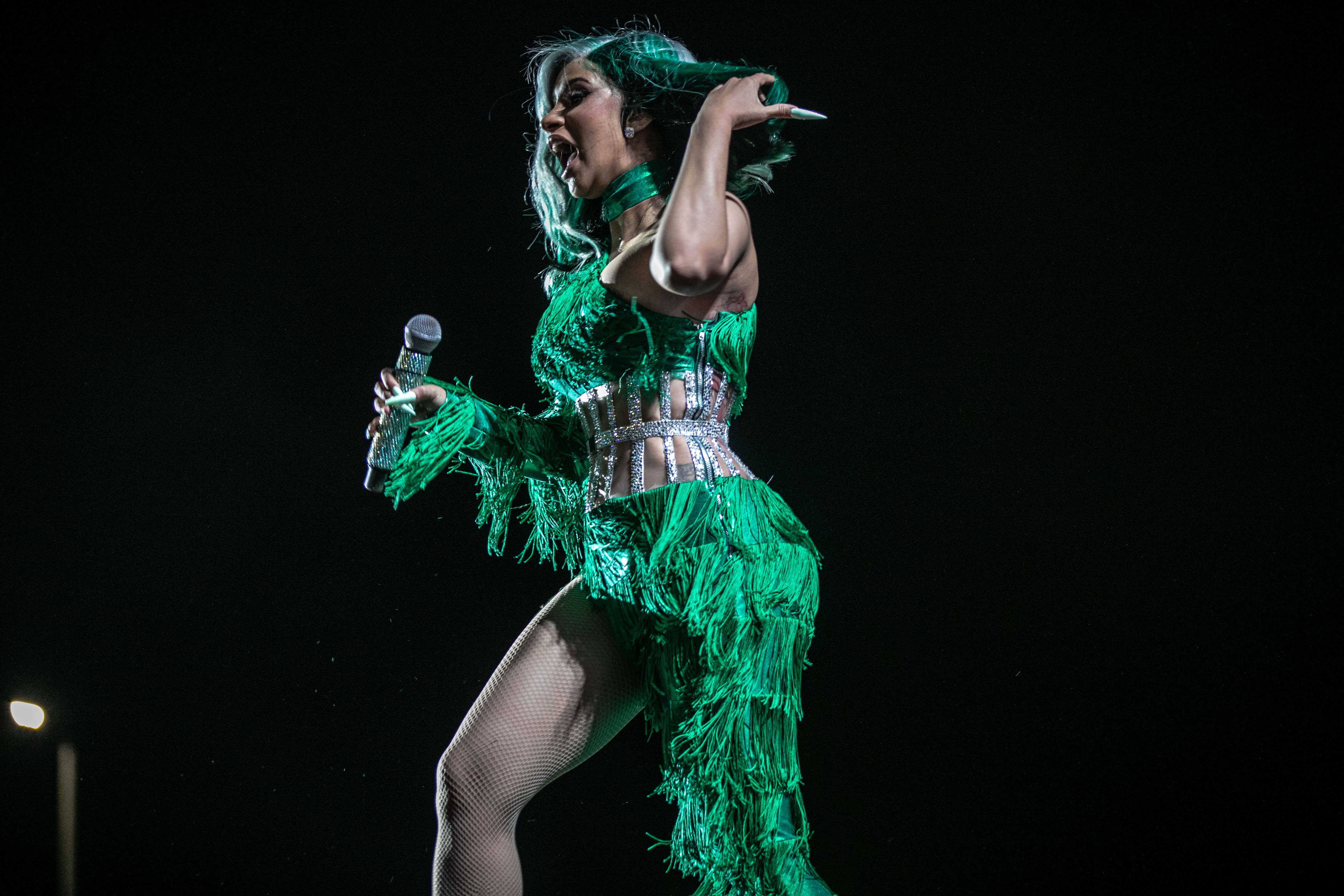 If there is one beautiful thing you want to know about Nigerians, it is their ability to manage stress effectively. Nigerians have been known for their strong and high adaptation abilities. It is also said that if you can survive in a country as Nigeria, then you can survive in any other country of the world.

So December 7th, 2019 was a huge getting-off-stress and let's-get-lively time for many Nigerians with the presence and performance of Cardi B live at the Livespot X Festival show. It was the best of its time; a moment the Queen rap herself mentioned she misses. It was the trend on various social media platforms and everyone got involved actively or passively. People who didn't attend watched on their Youtube. Others viewed from other online platforms feeling the vibes and getting their doze of the event. For Cardi, it was an unforgettable moment with Africa, not just Nigeria alone.

Before this concert, Cardi in a timeout on Cool FM mentioned that she had googled about Nigeria, her culture, landmass, topography and every story surrounding her. This was in an attempt to get a better familiarization with the country itself before her arrival. She admitted to having been jittery and nervous all along, not just for what she would see, but about how she was going to be welcomed as well. She had heard and known that the country was blessed with raw talented singers, dancers, and entertainers and wouldn't want to mar expectations. However after the concert and after she was asked to described her experience, there was no tailing to what her answer would have been as she had described it as "Interesting." That only explained the level of satisfaction and ecstasy she had enjoyed.

About her experience, Cardi B on arrival had driven around Lagos expressing so much awe and excitement about the city's hustle life comparing it with New York. According to her, the Nigerian life is a beautiful one with exciting tourist structures, centres that beat her imaginations. She also mentioned that the busy streets full of Nigerians walking to and fro had reminded her of her survival childhood. It reminded her of her struggles. It reminded her of the hard life, and the things she deed just to survive; feeling at home and growing more connections with the people. Tasting the Nigerian meals, cardi B demonstrated that it had been the most beautiful she had ever tasted.

Cardi went further to shop in a local supermarket Ebeano with her crew. She had almost bought the supermarket itself purchasing Children's daily needs including diapers, and baby soaps in large quantities. Her intentions had been beautiful as she donated them to motherless babies home. While she had been in the mall, Cardi B fraternized and excitingly greeted Nigerians that were present and who showed much excitement taking selfies and short video clips with them. She was clearly having a wonderful time.

According to Cardi, she has always remained indoors locked up in her hotel room for every Music tour she took to any city but Nigeria was different. The warm hospitality she had received right from the airport to her hotel room, and the attractive troposphere she had seen prompted her going out. She admired the beautiful paintings on one of the walls of a school building she had seen.

This was not all to it, cardi B after her performance at the Livespot Festival hit the Lagos street club where she had it all. She admitted that the vibes were nothing compared to Americans and that truly Nigerians knew how to party. She had danced and celebrated with other Nigerian Artists like Tiwa Savage, the popular Zlatan, Burna Boy, and Naira Marley. Displaying her ecstasy, Cardi brought out bundle notes of cash which she sprayed as she danced. Evidently, the euphoria was nothing like she ever felt in any of her previous tours. She also sprayed some on top of a baller who twerked and whined for her in the club.

About Nigerians, one of the greatest things that won their heart about Cardi was her expressive nature. She had given fifty free extra tickets to lucky Nigerians who were up for her show. Many Nigerians in their reactions mentioned that she was down to earth, jovial and full of life especially as they had watched her tour videos and seen what she had offered the orphanage home. "Unlike other foreign artists who had visited, Cardi came out, related with the locals, ate our food, took selfies with us and partied all the way" one of the locals had expressed. This was no doubt one of the reasons for the large crowd that had eventually turned up for the festival. They were more than excited to have had her around. Cardi on the other hand came, she saw and she believed. 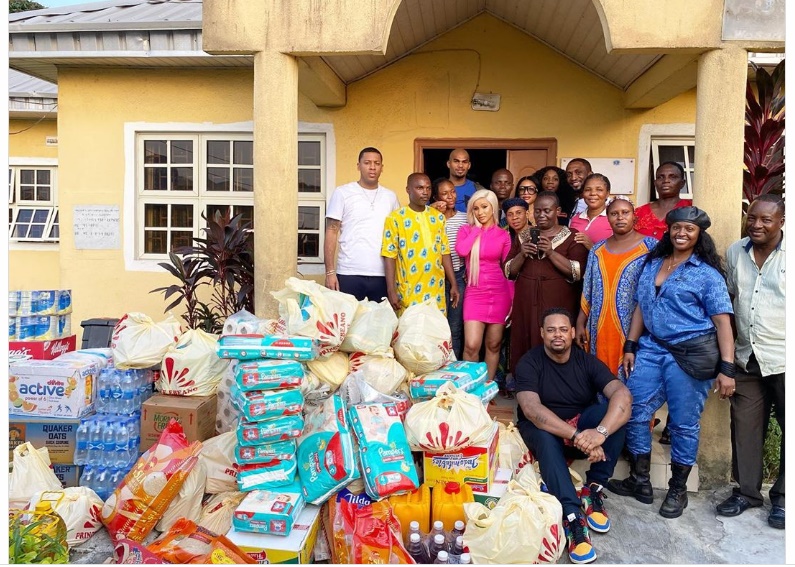 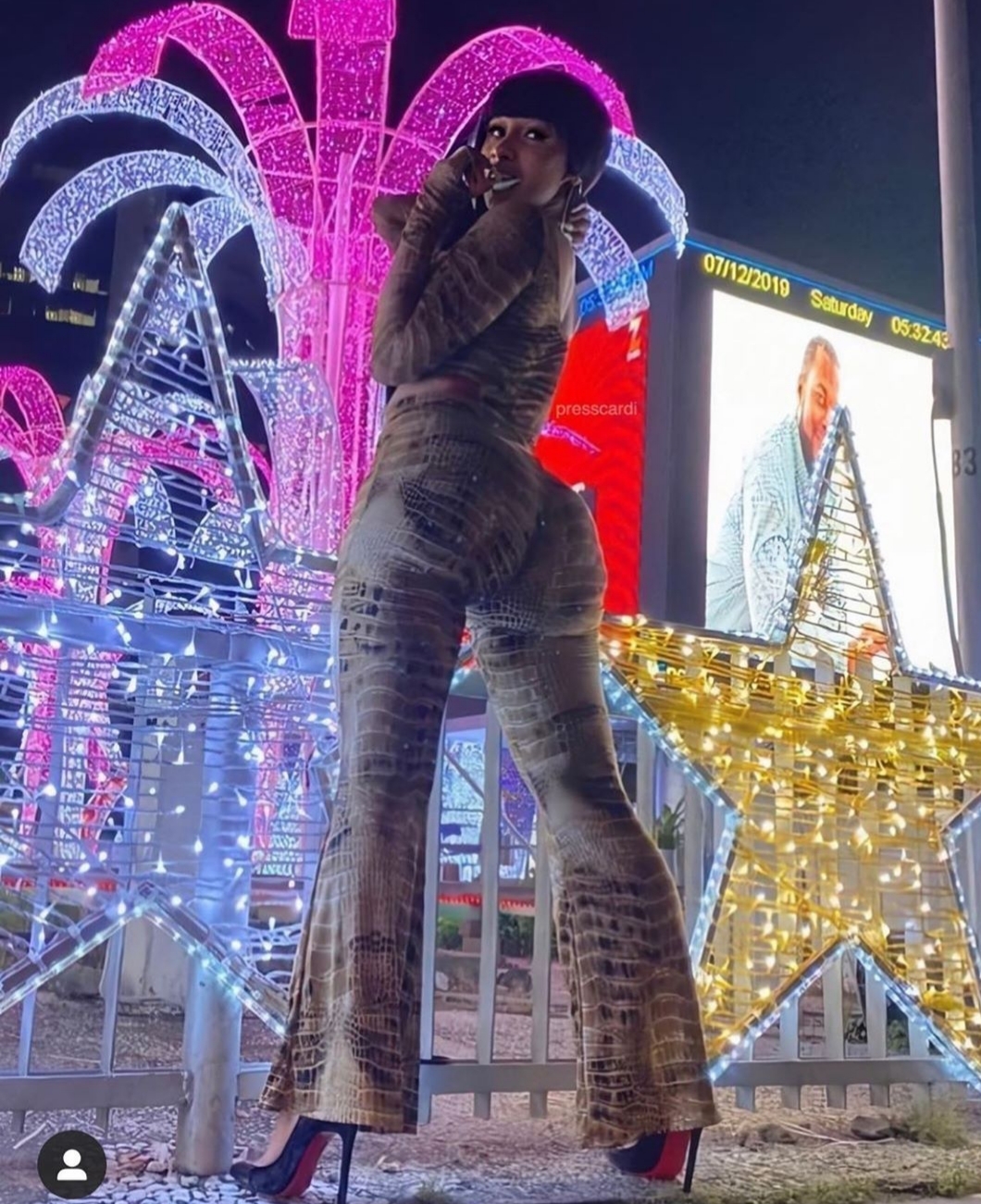 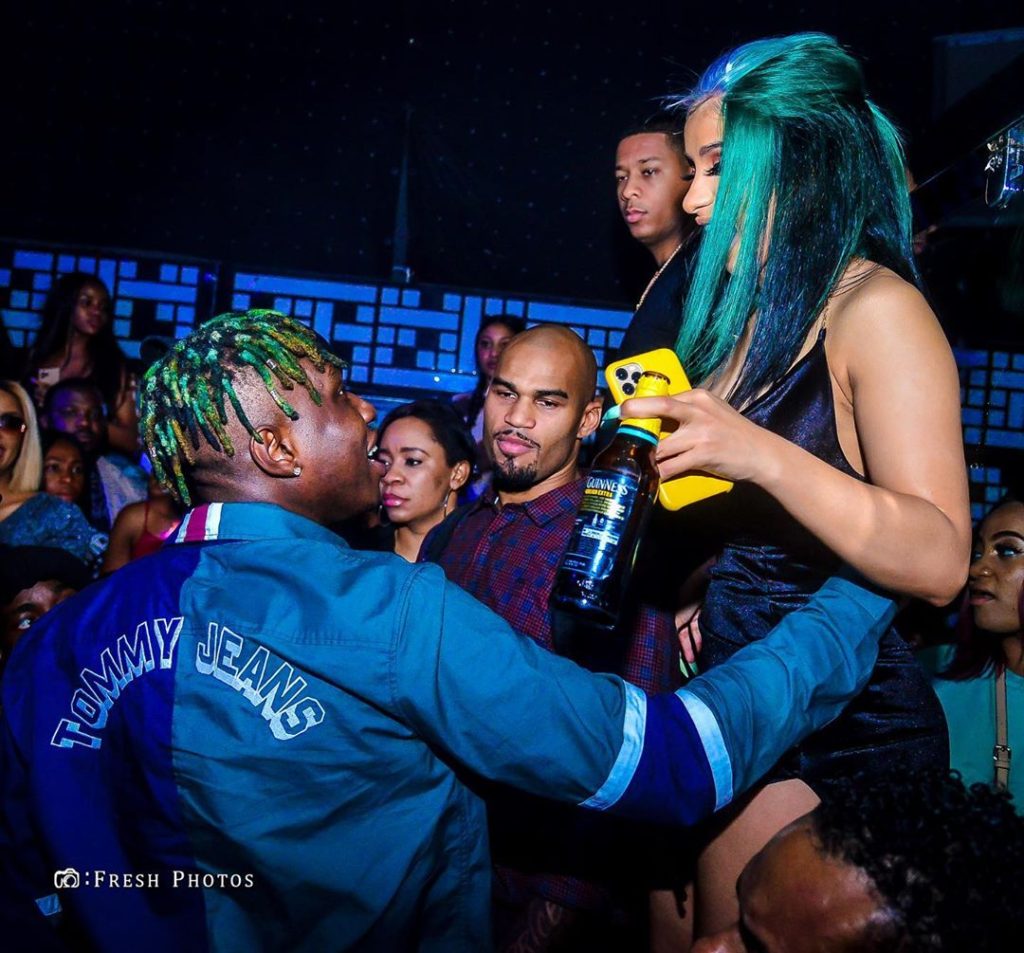 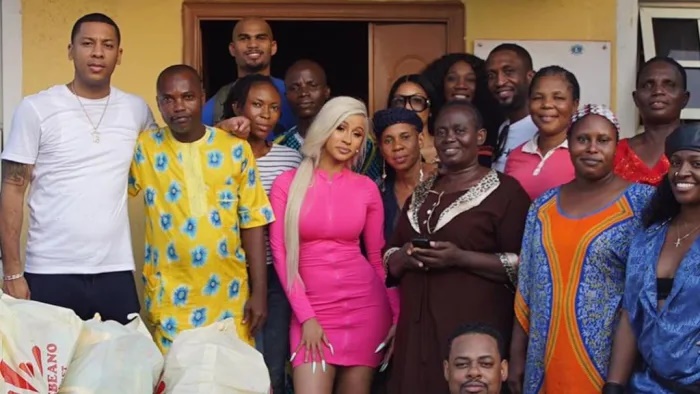 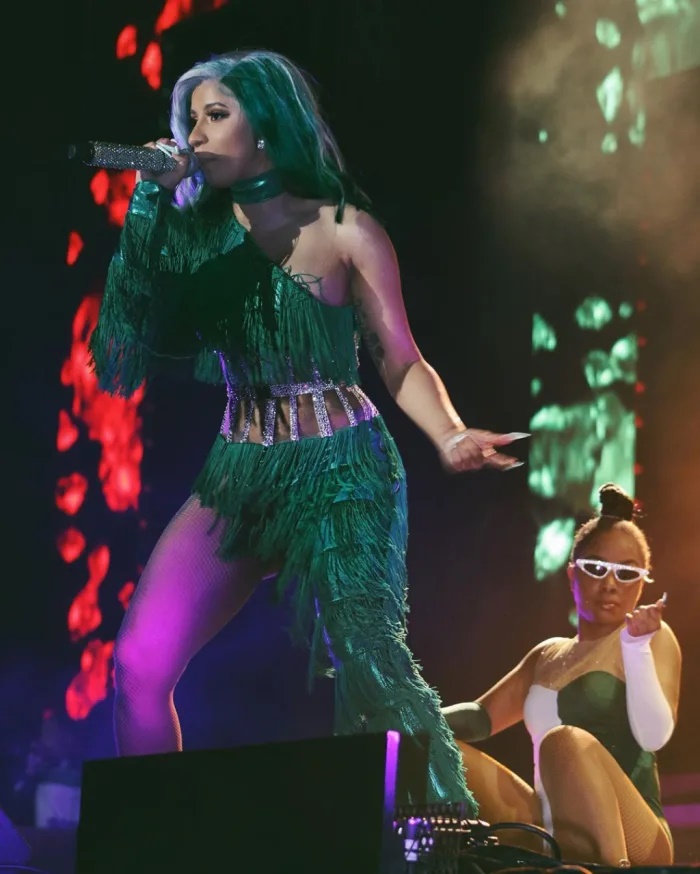 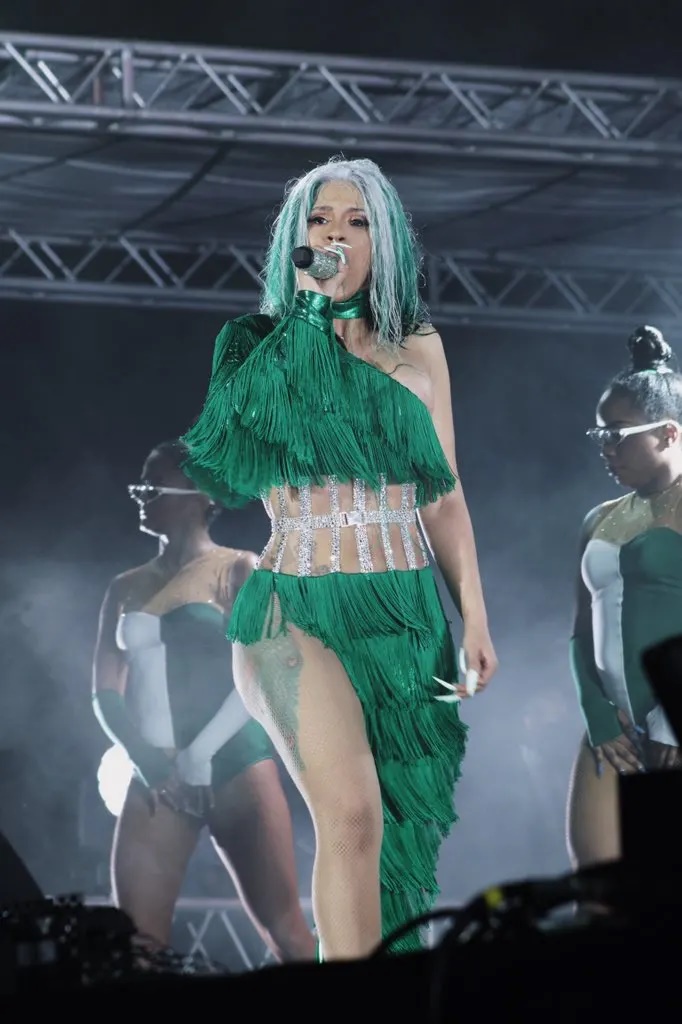 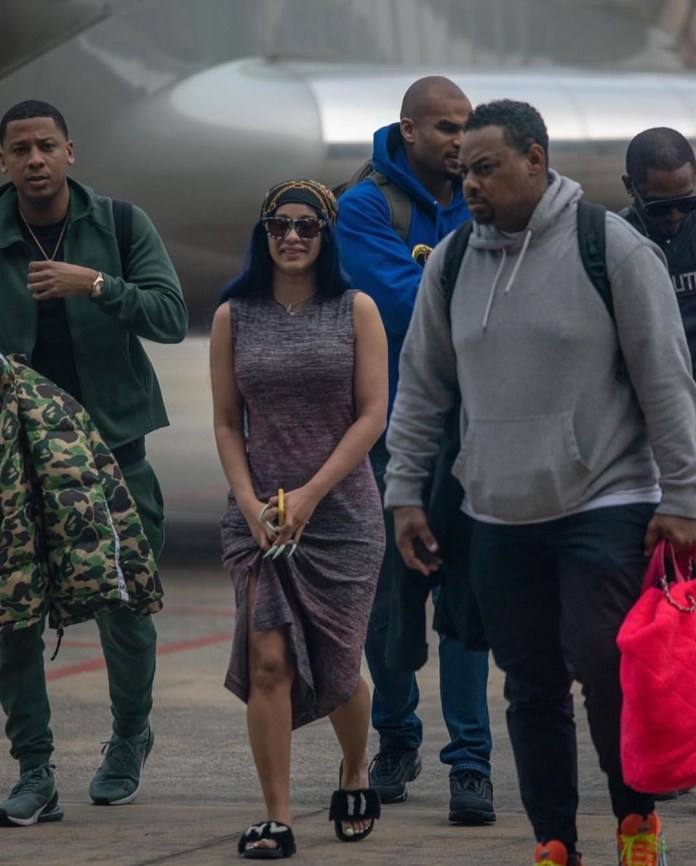 No items found.
Older Posts
The Colorful Owanbe Parties of Nigeria A great nation of good people and beautiful places

Thank you for visiting us